Girl Meets Farkle (formerly known as Girl Meets Normal and Girl Meets I Am Farkle) is the fifteenth episode in season 2 of Girl Meets World and the 36th episode overall. It aired in the U.S. on September 11, 2015 to 1.9 million viewers.

IQ tests results cause Farkle to question who he really is and where he belongs. Later, another student teaches him a lesson in compassion.

While Cory talks to his class about how people and atoms are unique, Ms. Oben, the school guidance counselor, arrives with test and aptitude results for the class. She tells Farkle what he already knows, that he's a genius, but then says the school will want to run some more specific tests on him. Depending on the new test results, another more specialized school might reach out to Farkle. As his friends eavesdrop from outside the classroom, Farkle insists he would never leave his friends behind.

That evening at Topanga's, Stuart Minkus and his wife Jennifer throw a party for Farkle to celebrate his now-official status as a genius. Smackle crashes the party to congratulate Farkle and to suggest that he consider transferring to Einstein Academy where his talents could be better nurtured.

The next day at school, Cory tells the class that the results from the IQ and aptitude tests don't define a person, and that they should not put themselves into categories, but instead focus on what they put into the world. Ms. Oben comes in again and asks to talk with Farkle alone; Farkle leaves somewhat nervously, and the others in the class begin to look concerned.

Later at the Matthews' home, Farkle announces to everyone that the school is running more specialized tests on him to see whether or not he has autism, particularly Asperger's Syndrome, which Farkle believes he may have, though the others think Farkle's behavior is simply Farkle being himself. Jennifer and Stuart explain that Farkle's only concern was that his friends were all a part of what's going on; Cory notes that Farkle's loyalty to his friends is what he sees in his classroom every day.

After school, Farkle, Riley, Maya and Lucas sit in the Bay Window where Lucas uses a laptop to research some of the symptoms of Asperger's: social awkwardness, narrowed interests, discomfort with physical touch or receiving affection, and difficulty understanding emotion or love. Despite Riley and Maya's protesting, Farkle is convinced he has all of these symptoms and asks them to promise that they'll never let him not understand love. Meanwhile, Stuart and Jennifer are talking with Cory and Topanga in the living room bay window; Jennifer explains that she used to be fearless, but now that she's a mother she lives in constant fear that something could happen to Farkle. Cory and Topanga offer their support to Stuart and Jennifer and reassure them that they'll get through this.

At Topanga's bakery, Farkle asks if they would mind if he transferred to Einstein academy; they say they would, but it wouldn't change their friendship. Smackle shows up and, revealing that Farkle took a tour of Einstein Academy, has him try on one of her school's green uniform blazers; she admits to finding Farkle even more attractive in the blazer (calling him a 'hunk') and suggests they get a table outside alone, clumsily flirting with him on the way out the door. Noticing Smackle's desire to be Farkle's girlfriend, Riley and Maya tell Farkle to go sit with Smackle. He reiterates that he's loyal to them, but the girls remind him that he wanted them to help him to continue to understand love and that being a genius he should find out some things on his own, so he follows Smackle outside.

The two are awkwardly quiet at first, but then Farkle opens up about what's going on with him; when he explains to her that he may have Asperger's, Smackle seems intrigued. Farkle admits that the possibilities scare him and thinks that this may be too much for Smackle, and would understand if she were to leave, but Smackle stays. Taking hold of her hand, Farkle thanks Smackle for accepting him for whatever he is.

The next day, Smackle joins Farkle and the others at JQAMS to observe Farkle in his habitat. Just as class is about to begin, Ms. Oben again enters and asks to speak to Farkle alone in her office. When Farkle returns to class, he talks about autism and Asperger's syndrome. Farkle talked to the counselors for a long time; to his relief, the counselors told him not only that he does not have Asperger's, but also that they don't know what to make of him, which he likes. Riley, Maya, Lucas and the others are pleased to hear the results, but Smackle is disappointed. Cory repeats that atoms are as unique as people, and that the only label a person should wear is their name. Farkle thanks his friends for being his friends, and for studying up on Asperger's, which surprises Cory. Smackle then speaks up saying that observing Farkle in Cory's class was to be her proof that he belongs at Einstein Academy, but noticing the many friendships in the class, she admits she is wrong about her hypothesis, and that while Farkle belongs in Cory's class she feels she should leave, casting a sad look toward Farkle before walking out.

That evening, Stuart and Jennifer join Cory and Topanga for dinner. Recalling their time together in high school, Jennifer says her self-assertive behavior (which is what scared Cory) was borne of the fact that she was always comfortable with herself, never caring what others thought of her. Stuart says that even if Farkle had been diagnosed with anything at all it wouldn't have made any difference in the the way he and Jennifer love him. After Jennifer thanks Cory and Topanga for being there for them, Cory says he's not scared of her any more.

Sitting in the bay window with Riley and Maya, Smackle is convinced that Farkle doesn't want her; Riley wonders aloud if it's because he doesn't have Asperger's like Smackle does. Surpised that they know, Smackle admits that she was diagnosed with Asperger's when she was five years old and that she still struggles with it. Riley and Maya explain that science dictates that Farkle and Smackle can be together now that they're no longer "like forces that repel". When Farkle comes through the window to talk to his ladies, he refers to Smackle as his arch-nemesis, but then tells his "fake wives" that he wants a double divorce, so Riley and Maya go sit on Riley's bed so Farkle and Smackle can sit together. When Smackle begins to explain she has Asperger's, Farkle says he already knows, and wants to show her the same compassion and understanding she showed him; Farkle asks to hug Smackle which she agrees; she says she doesn't like it, but then tells him "Don't stop".

At Topanga's, Farkle shows Smackle that Riley, Maya and Lucas are all his friends, and that they make him feel like he could rule the world. Riley and Maya suggest that Smackle should transfer to JQAMS instead, saying that she would have good friends there and as such she might not struggle so much with her Asperger's. Lucas puts his letterman jacket on Smackle, and then Riley asks for a show of hands as to who's normal, to which no one responds. When she asks who wants to be normal, Smackle raises her hand, but then slowly puts it down, showing that she has confidence issues. 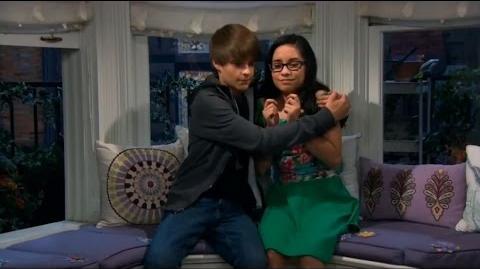 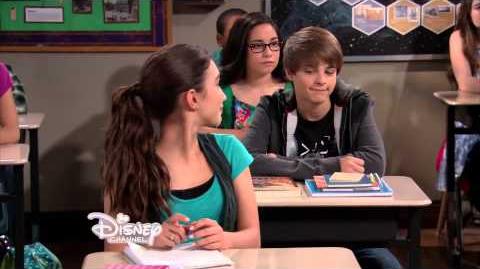 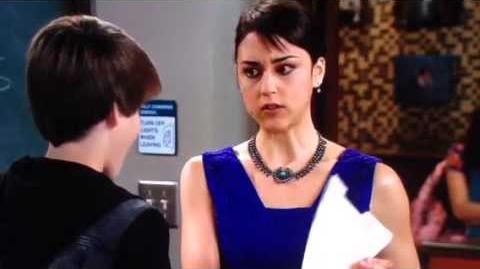