Girl Meets Cory and Topanga is the sixteenth episode in season 2 of Girl Meets World and the 37th episode overall. It aired on September 18, 2015 to 2.4 million viewers.

As Riley observes Cory and Topanga making a positive impact on the world, she wonders if her contributions will ever match those of her parents.

Getting up for a late night snack, Riley finds both of her parents still awake and working at the kitchen table: Cory grading pre-Cold War essays written by his students, and Topanga working on briefs for a case involving a major fast food chain wanting to close down a neighborhood book store to open another restaurant in its place.

Riley realizes that while she sleeps soundly in her bed at night, her parents are working hard to make the world a better place. Thinking of how they excel in everything they do, Riley begins to feel as though she could never possibly live up to their accomplishments. The next morning, she shares her thoughts with Maya, who's already aware of how amazing Cory and Topanga are; Riley muses "What do you do when you know you're never going to be as good as your parents?"

In class, Cory has each student write down on a piece of paper the one thing they think is impossible for them, and then crumple up the paper and throw it away. Next, he gives the class an assignment to try to achieve these impossible things. When Cory asks Riley what she wrote down, she reveals that she sees no future where she's as good as Cory and Topanga. But as Cory asks Riley to explain, the bell rings and Riley walks out discouraged.

In an attempt to find her own path Riley, with Maya in tow, goes to a convent and tells a nun her trouble, and says that she wants to join the sisterhood. The nun tells Riley that human perfection in unattainable, and that she herself knows of only one person who ever came close; this person turns out to be Topanga, who just saved the convent’s orphanage from becoming a Super Cluck restaurant.

Disappointed in her experience at the convent, Riley decides to join the circus. She meets Jingles the clown, who tells her that becoming a clown got in the way of his education, but that things are looking up now, because there’s an amazing teacher who dedicates his free time to educating the circus clowns. This teacher, of course, turns out to be Cory, leaving Riley even more discouraged.

At the Bay Window, Maya reasons that Cory and Topanga were probably just as messed up and confused when they were their age. Thinking Maya could be onto something, Riley decides they should see for themselves; she knows all of her parents’ stories, and if they concentrate hard enough while she’s retelling them, maybe they can see what her parents were actually like as kids. Initially Maya is against the idea, saying "it's not like someone recorded everything they did", but Riley is adamant, and the two concentrate while Riley tells the story: They envision Cory and Topanga (using actual footage from the original "Boy Meets World" series with Riley and Maya digitally added to the scene) at age eleven playing basketball with rolled-up socks; while they finally see how goofy Cory was, they notice that even back in the day Topanga seemed to have it together.

When Cory looks at what Farkle wrote down for his impossible thing, "athlete", Cory instructs a reluctant Lucas to help Farkle try and become one. In the gymnasium, Lucas has Farkle try his hand at several different sports, only to fail miserably at each. But Farkle is convinced that, as a spectator, sports can be just as much a matter of physics as it is athletics, which he demonstrates when he helps Lucas shoot a one-handed free-throw basket from the other side of the gym. Back in Cory's class, Farkle and Lucas discuss with the class the parallels of sports and life, that you don't have to be as good an athlete as the others to enjoy the game, that the fun of the game is in running the bases, and that your teammates will help you get home.

Back again at the bay window, and with Maya's prompting, Riley reluctantly tells another story: they see Cory and Topanga (again using BMW footage) discussing how they're going to perform an oral book report on the ozone layer in Mr. Feeny's class: Cory suggests they do a quick in-and-out using as few words as possible (with Cory wearing his Philadelphia Phillies cap), while Topanga suggests Cory read aloud a poem she wrote called "Donut in the Sky" while Topanga does an interpretive dance which involves drawing on her entire face with red lipstick. Riley finally realizes that at times Topanga was even goofier than Cory, and that she inherited personality traits from both her parents.

The next day in Cory's class, Riley proclaims that she is now confident of finding her own niche in life, and that she is now comfortable with the fact that she has the best parts of both Cory and Topanga. She then puts on Cory's old Phillies cap, a symbolic gesture that she's glad he and Topanga are on her team and that they'll help her run the bases. 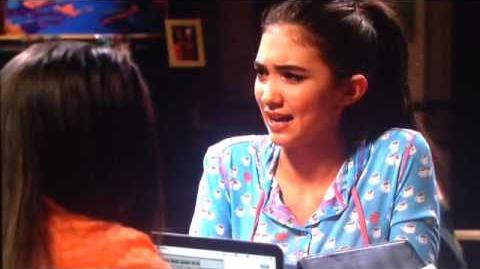 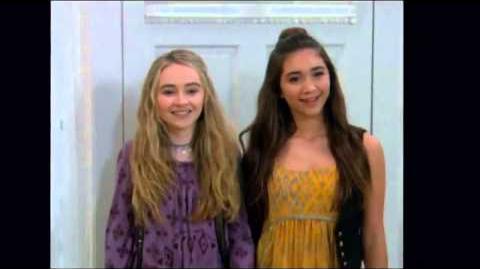 Learn more about Matthews Summer Vacation.
We're currently on the LAST DAY! You can go to the starting page of the entire hunt here!

Retrieved from "https://girlmeetsworld.fandom.com/wiki/Girl_Meets_Cory_and_Topanga?oldid=159270"
Community content is available under CC-BY-SA unless otherwise noted.

Fandom may earn an affiliate commission on sales made from links on this page.

Fandom may earn an affiliate commission on sales made from links on this page.